Facial reconstruction: What skulls can tell us

British anthropologist Professor Caroline Wilkinson had South African audiences at the edges of their seats with her fascinating work in facial reconstruction.

Wilkinson, a professor from Liverpool John Moores University, visited South Africa as a guest of the School of Anatomical Sciences at Wits University, with support from a National Research Foundation grant, to present various events, including a workshop for members of the South African Police Service.

While known for her expertise in forensic identification, Wilkinson is equally renowned for her contributions to archaeological investigations. Arguably her most famous case was her creation of a reconstruction of King Richard III’s head.

With a background in art and science and her research of art-science fusion, Wilkinson was appointed Director of the School of Art & Design at Liverpool John Moores University in October 2014. Her knowledge is diverse and extends to forensic art, human anatomy, medical art, face recognition, forensic science, anthropology, 3D visualisation, digital art and craniofacial identification.

She combines the latest medical and digital-imaging techniques to recreate faces from the past. Aside from King Richard III, her other famous facial reconstructions include Mary Queen of Scots (Queen of Scotland), Rameses II (ancient Egyptian), St Nicholas (historic 4th-century Christian saint) and Robert Burns (Scottish poet and lyricist).

END_OF_DOCUMENT_TOKEN_TO_BE_REPLACED

A new way of examining the teeth of children who lived between the 11th and 15th centuries without damaging them has been discovered. 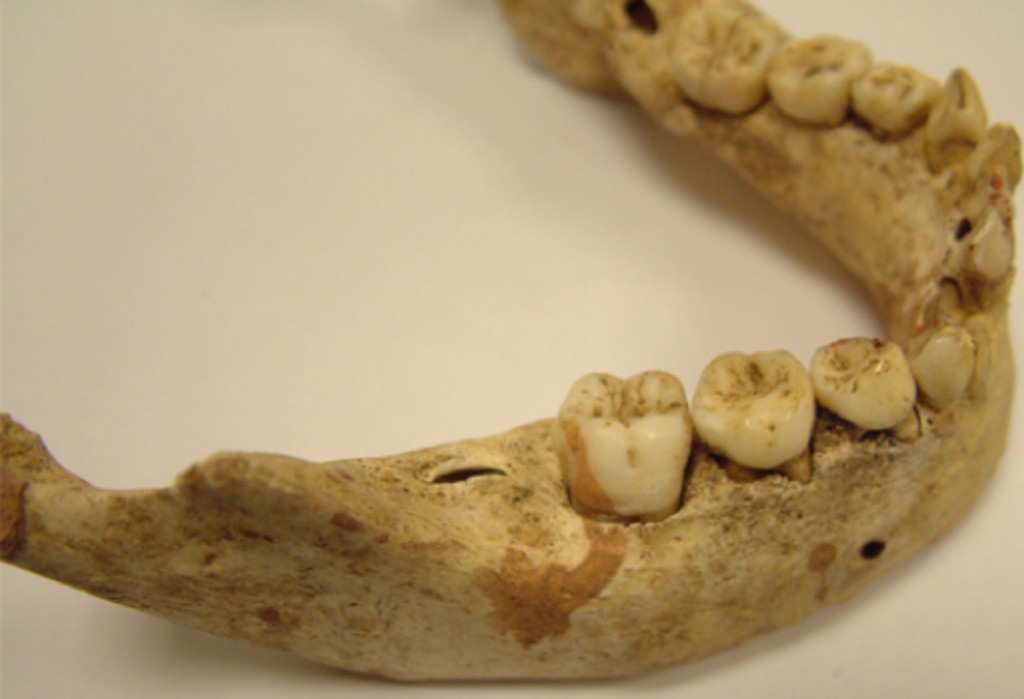 By using 3D microscopic imaging, researchers from the universities of Kent (UK) and Indianapolis (USA) have been able to safely reconstruct the diet of children who would have lived next door to Canterbury Cathedral when Chaucer was writing his famous Tales.

The 3D technology – known as dental microwear texture analysis – involved measuring microscopic changes in the surface topography of the teeth.This is the first time that this technology has been applied to children’s teeth.

By using this technology Kent’s Dr Patrick Mahoney, biological anthropologist, (School of Anthropology and Conservation), and colleagues, who included a historian, were able to learn more about how diet varied among children from poor and wealthy families in medieval Canterbury.

Dietary reconstructions from ancient teeth are often destructive, but this technology offers a new way to access this information without damaging fragile teeth.

Dr Mahoney is a leading expert on dental development of modern human children. He expects that applications of this technique will pioneer a new era in anthropological studies, opening up the dietary secrets of ancient children, and our fossil ancestors.

The findings, which were funded by a British Academy-Leverhulme Trust research grant, were presented in the February edition of Journal of Archaeological Science.

Virtual museum brings thousands of digital specimens to your desktop, in 3-D

3-D scan of the fossilized skull of Homo naledi, an ancient human whose remains were discovered in a South African cave. The creature is one of more than 500 extinct species whose fossil scans are available for anyone to download at http://MorphoSource.org. Reconstruction by Peter Schmid and Ashley Kruger, University of the Witwatersrand.

Duke assistant professor Doug Boyer’s office is more than 8,000 miles away from the vault at the University of Witwatersrand in Johannesburg, South Africa, where the fossil remains of a newly discovered human ancestor, Homo naledi, rest under lock and key.

But with a few clicks of his computer’s mouse, he can have models of any one of hundreds of naledi bone fragments delivered to his desk in a matter of minutes.

Paleontologists like Boyer frequently travel halfway around the world to examine such unique and fragile specimens. That is, assuming their curators will even allow such access.

But the Homo naledi specimens are a different story. They, and hundreds of other species, are now available in a free online database of digital scans that anyone can download and print in 3-D.

MorphoSource, which Boyer launched at Duke in 2013, is the largest and most open digital fossil repository of its kind.